As I mentioned in my posts from Christmas, gnocchi is an Italian dish that for some reason, my family never made.

I decided it was time to change that and having two butternut squashes left from my garden, I thought Christmas and New Years would be the perfect time to try it. Plus, there were different people at both events, so I could get differenrt opinions.
This vegan, gluten-free sage butternut squash gnocchi came good at Christmas, but excellent at New Years, after I had done it at least once.
Some things to remember when making this:
– Start out with the recommended two cups of flour, but add it one at a time. Depending on the size of the squash, you may need more or less. Be flexible.
– Speaking of flour, the type you use may make a different. I perrsonally like to use King Arthur’s gluten-free flour. Use something that has a lighter consistency.
– It seemed to come better using the whipping attachment on my kitchen aid, and then kneading in the flour with my hands instead of when I used the mixer. Much more fluffier.
– The longer it sits in rthe freezer, the better. The ones I made the next day came better than making it and then immediately cooking them. After they are frozen store leftover in an airtight freezer bag.
– Play around with the amount of cinnamon. You just want it to add a hint of sweetness, but not overpower the dish.
– Try this receipe a few times before giving up. Gnocchi, from my experience and talking with others, can be temperamental. 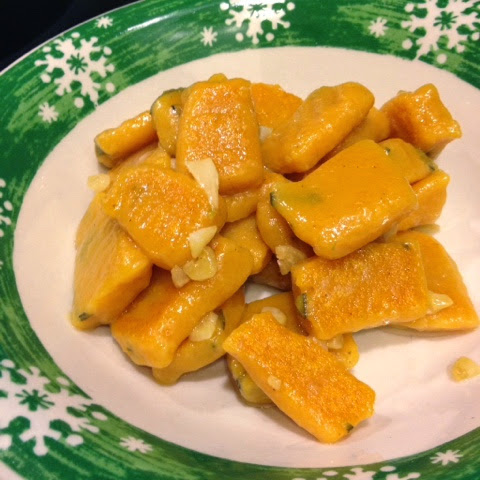 Vegan Gluten-Free Sage Butternut Squash Gnocchi
By Michelle Maskaly, The Adirondack Chick
1 medium to small butternut squash
2 cups gluten-free flour (I use King Arthur)
2-4 tablespoons fresh chopped sage (depending on how strong you want the flavor)
Sea salt
ground cinnamon
2 cloves of garlic, chopped
olive oil
Preheat oven to 425 degrees.
Cut the squash in half, remove the seeds and place cut-side down in a baking dish. Fill with about an inch of water and bake for 35-45 minutes, or until the squash is super soft. 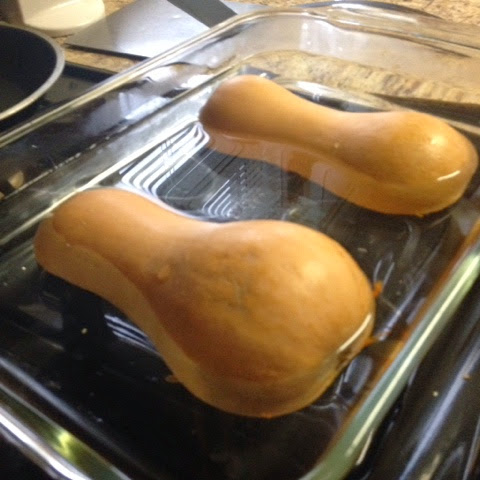 Remove from the oven and carefully flip them over and scrape out the insides into a mixing bowl. Be very carefuly, because it will be very, very hot! 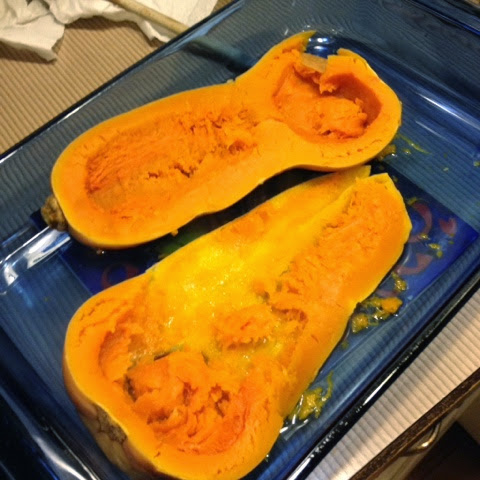 Once it is fully cool, (this can take an hour or so) beat either with a hand mixer or with the whipping beater on a kitchen aid. This helps make the gnocchi be fluffier. After it is beat well, transfer to a wider bowl that you can get your hands into easily.
Gently fold in the chopped sage, add a pinch or two of salt and cinnamon. Start adding in the flour one cup at a time, and using your hands, mix until the dough starts to become forming and is no longer sticky, adding flour as needed. 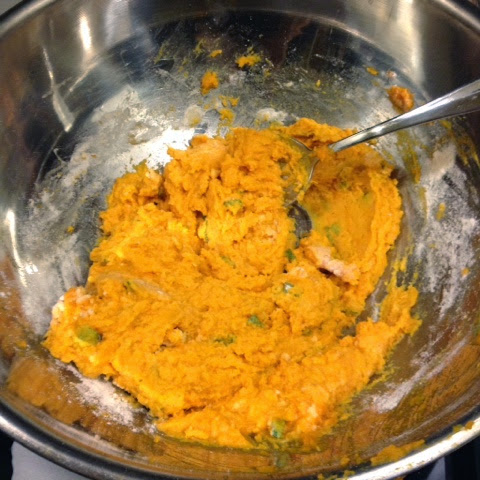 Dust parchment paper with gluten-free flour. Using your hands, divide up the dough and form into smaller balls and then roll out between your hands. When it gets longer than your hands, place on the parcement paper and roll out into a long snake-like shape. Using a knife, cut the long rolls into pieces no bigger than an inch. 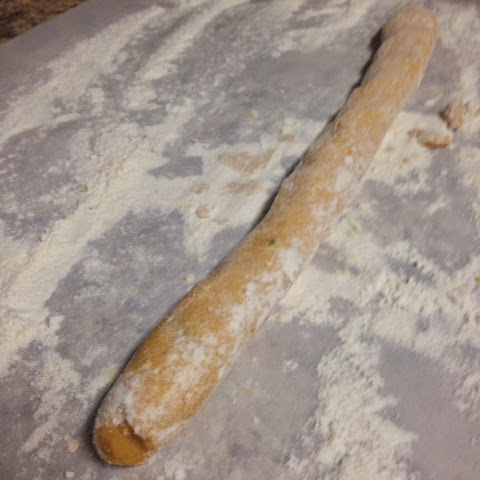 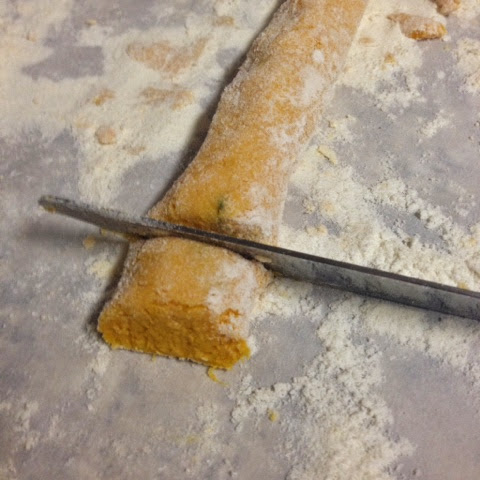 Place the cut gnocchi on a parchment paper lined cookie sheet. Continue this process until the dough is finished. To get the traditional lines on the pasta, gently press the back of a fork on each piece. Place in the freezer overnight. To cook, boil a large pot of water and drop in the desired amount of gnocchi. Cook 15-18 minutes or until they float to the top and are soft. Note: just because they float the top, it does not mean they are done. I usually check for firmness by taking one out and testing it.
When there are a few minuters left, heat about two tablespoons of olive oil and the chopped garlic in a pan. When the gnocchi is done, transfer to the pan, and cook just until slightly brown. Be very careful not to overcook, or burn them, because they will lose their fluffiness. 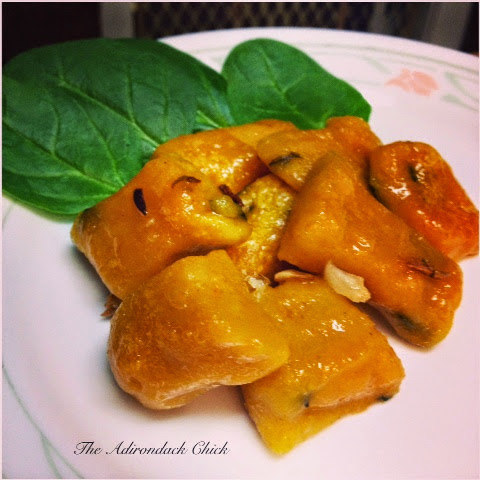