French onion soup. It was another one of those dishes that growing up, I always thought was so difficult to make. My family never made it at home, and then it was a big deal when they finally started opening a can, topping it with mozzarella and putting it underr the broiler.

Several problems, when I became a vegetarian — it was always made with beef broth and there was almost no onions in the soup.
Earlier this year I went through the steps of making a really good vegetarian version – the spices, the slow roasting onions, blah, blah, blah. It was good, but I still was not happy. Last night, my Dad was visiting and we were talking about French onion soup. I said to him, there had to be an easier way that was still healthy, but did not take long. So, I tried.
It came amazing! My Dad actually ended up liking it better than the one I made that took several hours.
Some quick things about this receipe:
I think the broth really makes a different and I use Better Than Bouillon, because I happen to really like it and think it adds a lot of flavor, but feel free to use whatever vegetable broth you like. I made my mine gluten free by using gluten-free bread, but did my Dad with wheat bread, because that is what he prefers. To make it vegan, use Diaya shredded mozzarella. 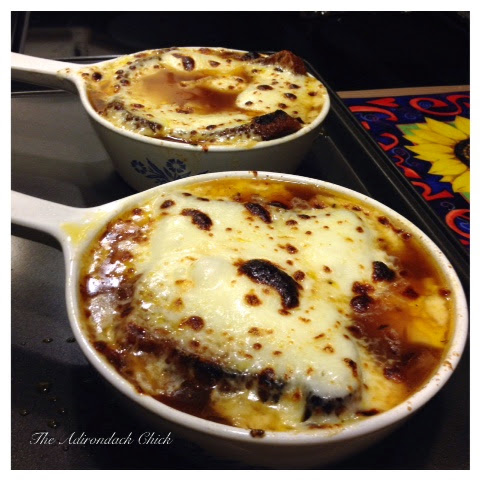 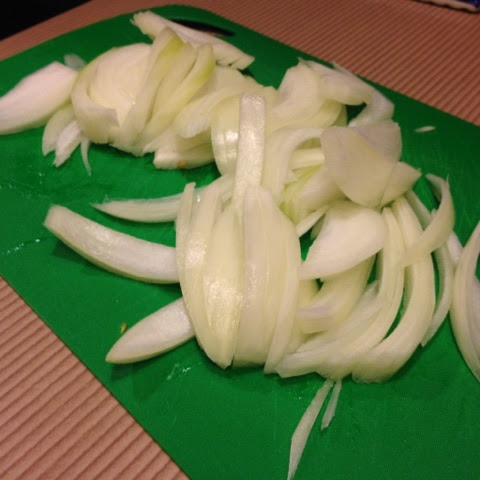 Heat about a tablespoon of oil in a pan and add one of the onions, half the thyme and a little sea salt. Stir and cover. Cook until the onions just start to brown and carmelize. Then, transfer to onions  the vegetable broth, oil and all. 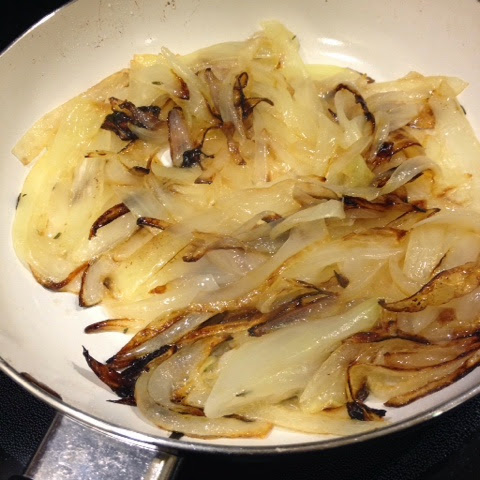 Bring the soup a boil.
Meanwhile, repeat the same process with the second onion, and then add that to the broth as well. 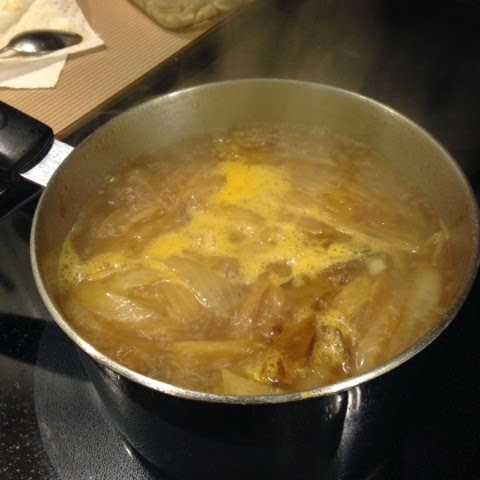 Let cook for about 10 minuters, and taste for saltiness.
Evenly distribute the soup between two oven-safe bowls. Place the bread in the center and cover with mozzarella cheese. 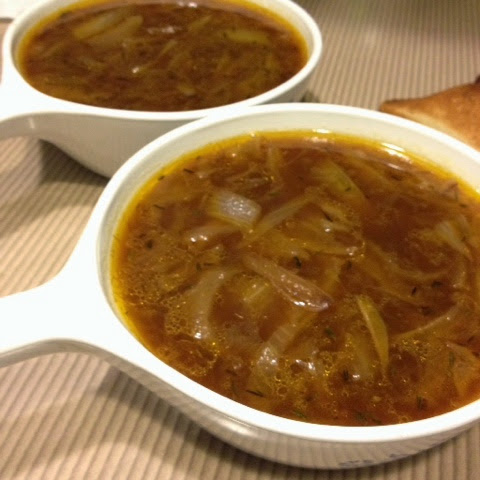 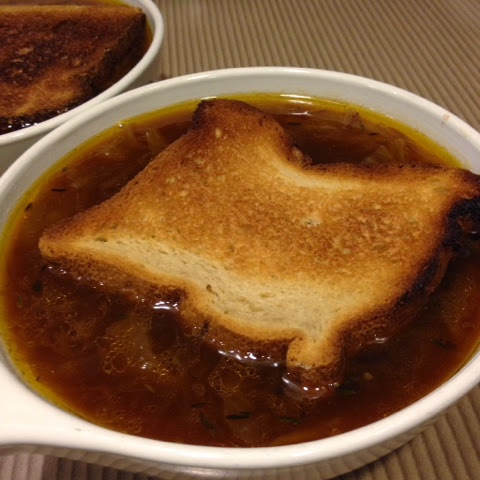 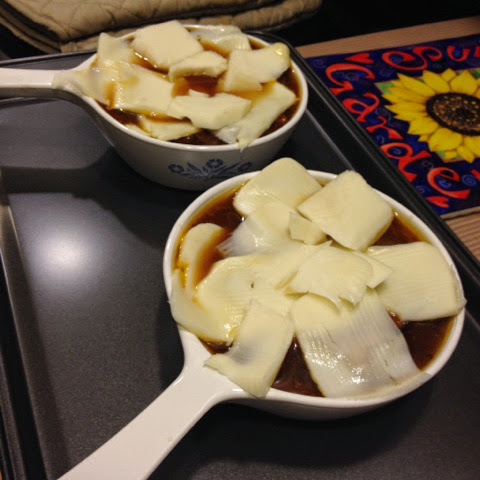 Place under the broiler until the cheese gets bubbly and brown.