During a recent visit to Chicago, I stopped by the Christkindmarket, a traditional German Christmas market.

It features authentic German food, drinks and items, including many imported straight from Germany. 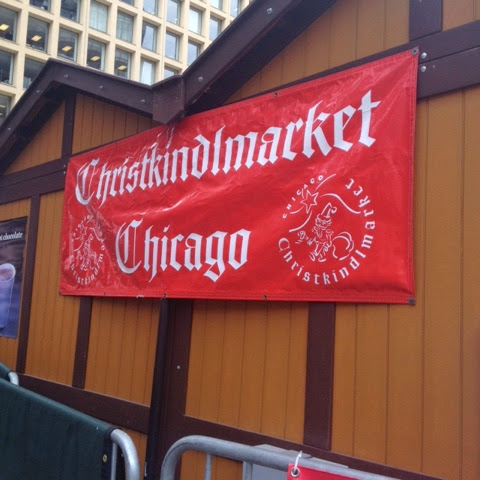 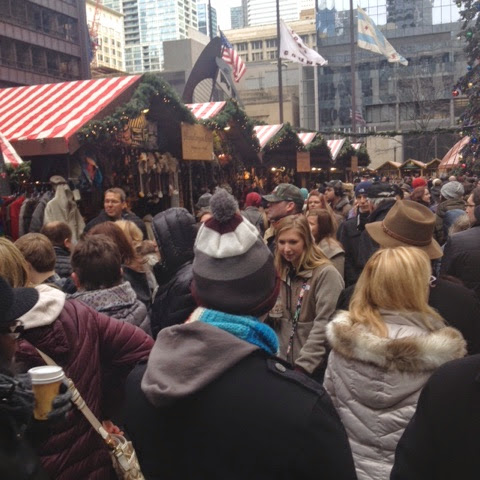 I visited on a Sunday in early December, and while it was packed, I could easily walk around, and enjoyed looking at so many German-made items, like these coo-coo clocks, which if I didn’t already have my grandmother’s, I would have totally bought for my home. 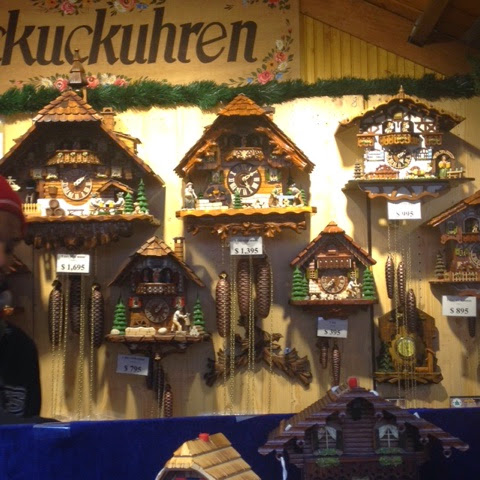 One thing you must do when visiting the market is enjoy traditional German food and drinks. As soon as you come upon the market, you see pretty much everyone with these adorable little mugs. 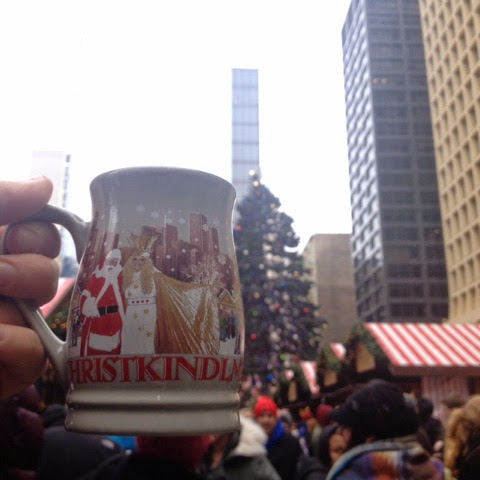 After quickly asking around, I found the booth selling these, filled with warrm spice wine. Do not let the lines for this, which were pretty long, and confusing, deter you. It moves fast, and for about $6, you can take the mug home with you, which is prefect for a quick hot chocolate before before.
If you are a meat-eater, the market will be a paradise for you, as it is filled with all the German favorites. As a vegetarian, I headerd right for the pretzel stand. It was everything you want in a pretzel. Again, don’lt let the line deter you. It moves fast, and the pretzels are hot. I ate half and saved the other half for later, and it tasted just as good. 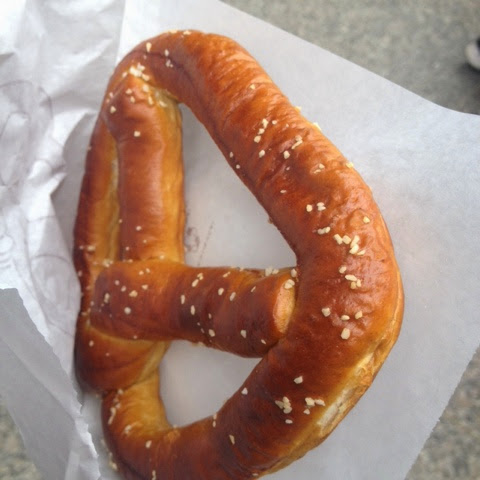 If you are in the area, it is definately worth a stop!

One thought on “Christkindmarket Chicago”