Ahhhhh!!! I am so excited. Like super, super expcited! I finally nailed it, vegan, gluten-free eggplant fries straight from my garden that taste amazing.

The first time I had eggplant fries was at the Adirondack Pub & Brewery, and I was immediately hooked. The probelm is that they are normally not gluten free or vegan when you get them out. So, to enjoy them this way, I wanted to make them at home from scratch.
After researching various recipes and techniques, as well as experimenting a bit in the kitchen, I came up with a vegan, gluten-free recipe that tastes amazing. Even my non-vegan/gluten-free Dad, who loves the ones at the brewery, enjoyed them.
Unlike my eggplant cutlets, I am not sure if these can be frozen and then just put in the oven to reheat. I am eperimenting with that and will update this post when I know.
I think they taste best individually battered, but if you are making a large amount, you can do it as a large batch, just make sure to tap off the excess batter before putting them in the fryer. They will stick together, but when you get them at the restaurant, they are this way, too sometimes.
These are perfect for a party. I used two medium eggplants, and had some batter left over. 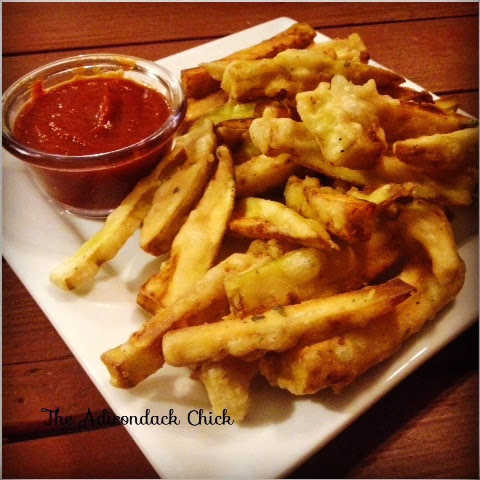 Vegan, Gluten-Free Eggplant Fries
by Michelle Maskaly, The Adirondack Chick
2 eggplants
3/4 cup (plus more) gluten-free flour (I used King Arthur)
1 cup almond milk
1 teaspoon apple cider vinegar
1/4 teaspoon basil
1/4 teaspoon oregano
1/4 teaspoon parsley
sea salt
fresh cracked pepper
Peel the eggplant. Starting from one side, begin slicing it length-wise from top to bottom. Then slice those into sticks. Finally slice the sticks in half, depending on the size of the eggplant. Make sure none of the pieces are too big.
Remember, these are fries, pieces are going to be uneven. Don’t fret about it, because they don’t have to be perfect. 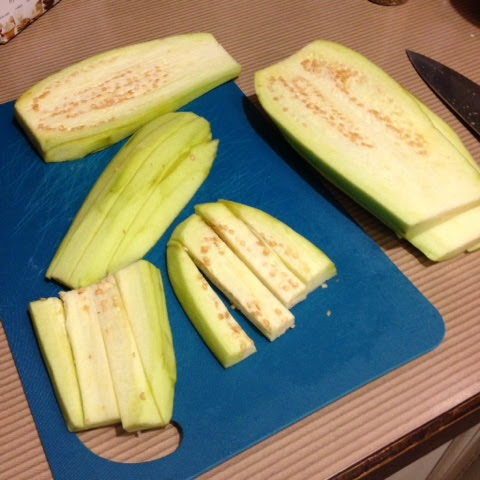 In a shallow bowl, whisk togehter the 3/4 cup flour, apple cider vinegar, oregano, basil, parsley, fresh cracked pepper, salt and milk. In another, medium-sized bowl dump some gluten-free flour.
*Tip: I like to start with a little flour and then keep adding more to the bowl as I need it. Two reasons. First, you don’lt waste as much flour and second, because sometimes the flour gets a little lumps depending on how carefull you are before putting it in the liquid mix.
Prepare you fryer to the appropriate temperature according to their directions.
Once that is ready, create an assembly line of sorts. In batches, take the eggplant sticks and toss them in the four. Shake off the excess flour and then dip into the milk mixture. Place neatly with room between them into the frying basket. 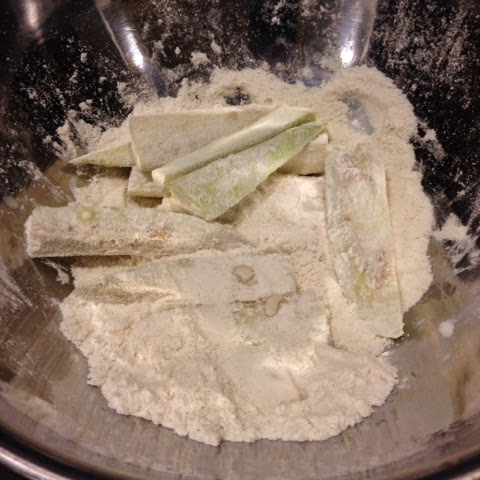 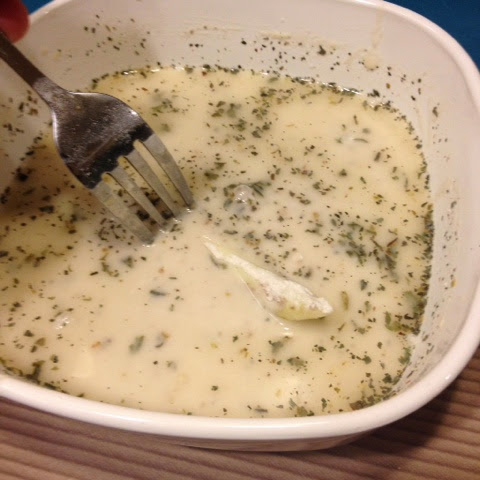 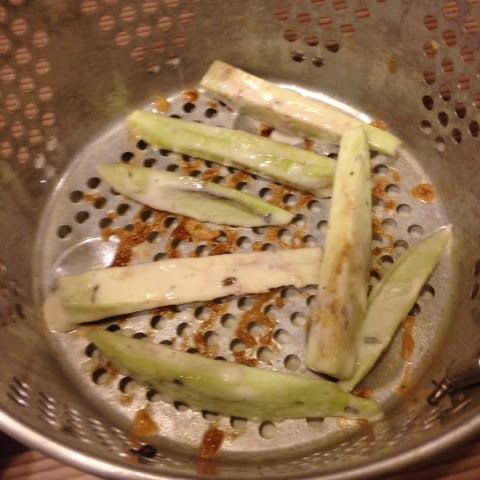 Then place them in ther fyer and cook until golden brown. Remove from the fryer, drain and transfer to a paper towel-covered plate. 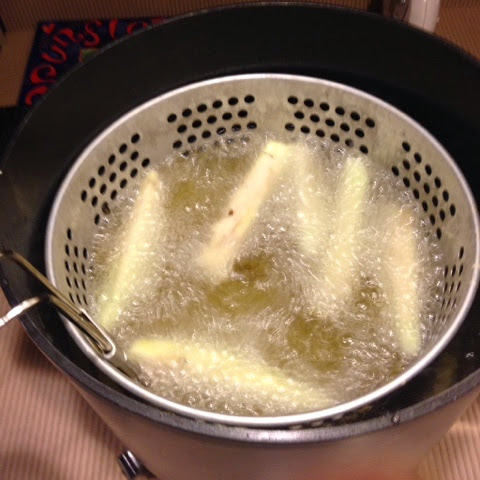 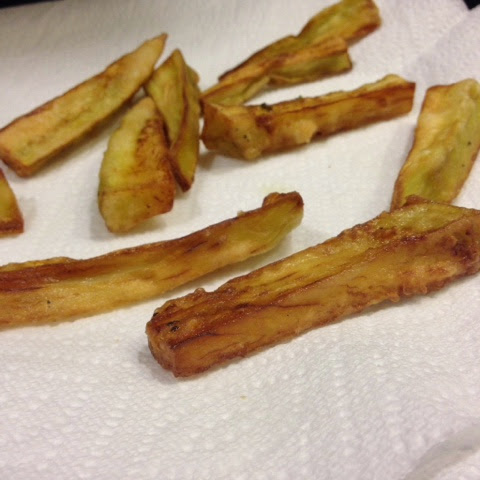 They shouldn’t be greasy. In fact, I used two paper towels for the whole batch.
Serve with hot tomato sauce.
If you want an added flavor, which my Dad loves, but I am not particularly a fan of, drizzle with thick, balsamic vinegar reduction sauce.
Enjoy!! 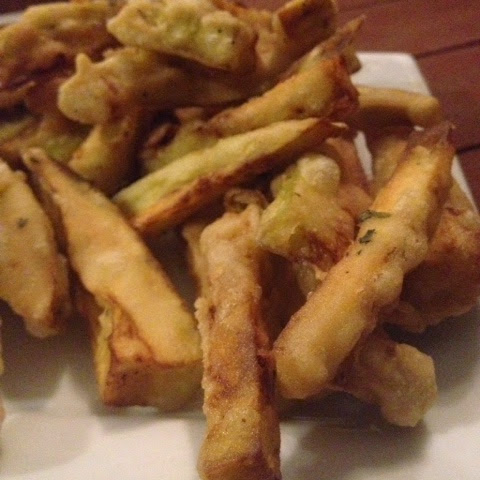