Both are big favorites. Butternut squash was one of the first risottos that I made and sage I became a fan of a few years ago. I have used them together prreviously to make appetizers and once for a makeshift ravioli.
I have used them both separetly in risottos, and think combining them would make a really tasty one, but as much as i like risotto, it has a high glycimic index and I am trying to limit my intake of those types of food. (That is not to say you might see a similar recipe around Thanksgiving, since it’s a holiday and I will cheat…) So, I figured why not use quinoa?
This is vegan and gluten free, and can be a main meal for a vegetarian or vegan, but also used as a side dish if your other guests are meat-eaters.  The recipe as is has a strong sage taste, but if you want a more milder flavor, only use one tablespoon. Also, play around with a little cinnamon and nutmeg before serving — it gives it some nice fall flavor. 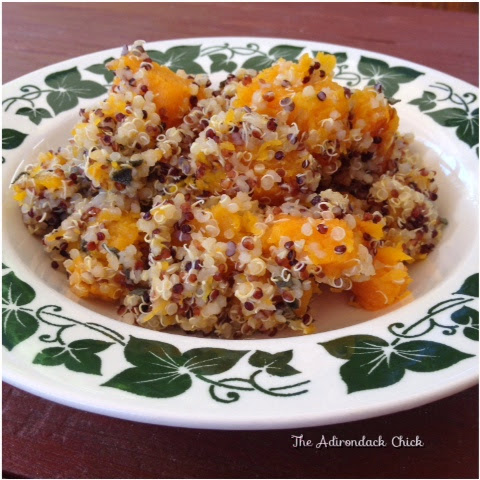 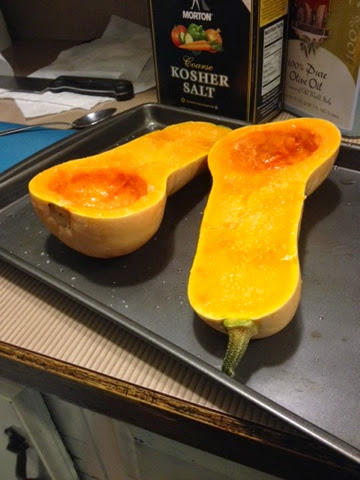 Bake in the over for 20 minutes, check and then bake for about another 15, until the squash is tender, but not mushy.
In the meantime, bring the quinoa and water (or vegetable broth) to a boil in cover pot. Stir, cover and let simmer about 15 minutes or until the liquid is absorbed.
Remove from heat and let cool about 5 minutes.
In a large bowl, gently combine the quinoa and sage. 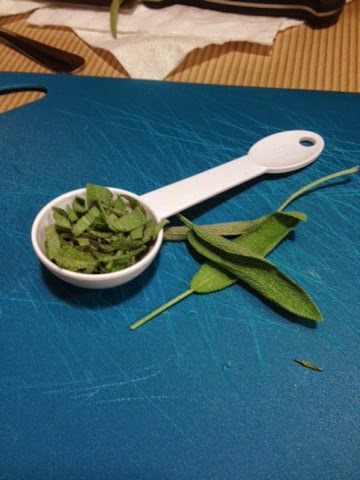 Remove the butternut squash from the oven and let cool until it can be handled, about 5 to 10 minutes. Peel the squash and cut into chunks. 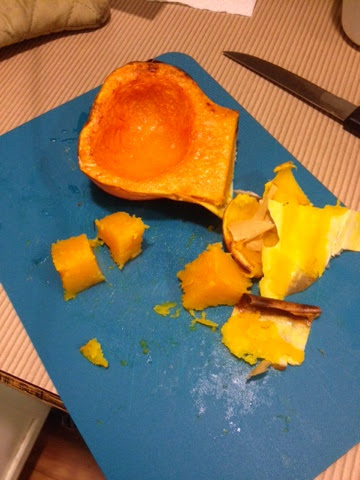 Gently stir the butternut squash into the quinoa mixture. Add the juice of the two lemons, as well as the sea salt and fresh cracked pepper.
Mix until the lemon juice is evenly distributed. Serve warm in individual bowls if having it as a main course. 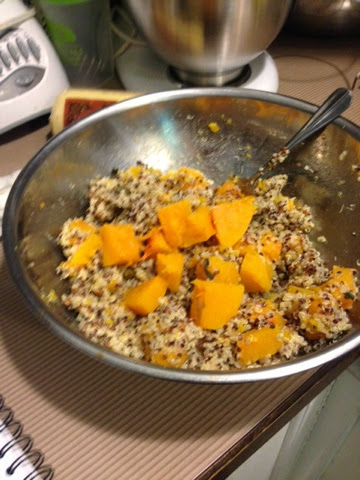