I’m not sure anything makes me happier than making a meal that is mostly composed of items straight from my family’s garden.

This is why this vegan, gluten-free Garden Vegetable Spaghetti Squash dinner made me so excited when I made it. Well, plus the fact that my Dad ate it also as a meal and not as a side dish with some type of meat. Althought, this would make an awesome side dish, too. It is another one of those dishes that is so versatile. It can be a main dish for a vegan, but also a side dish for someone who eats meat.
The chili peppers, spaghetti squash and tomatoes were all straight from the garden. When you make this adjust the oil and seasonings to your liking. For example, my Dad likes it more garlicy, so when I make it for him, I use about 8 cloves of garlic. I prefer it spicy, so I usually add more crushed red pepper.
Serve with sea salt, cracked red pepper and nutritional yeast. Or, if they are not vegan, some grated parmesan cheese is also a great topping. 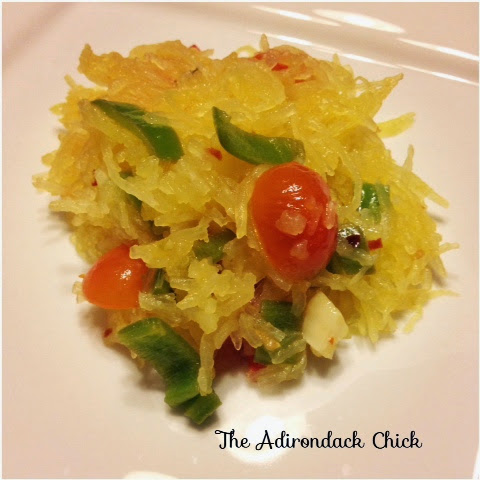 Garden Vegetable Spaghetti Squash
By Michelle Maskaly, The Adirondack Chick
1 spaghetti squash
25 cherry tomatoes (about a pint)
4 cloves garlic
2 medium chili peppers
3 tablespoons olive oil
crushed red pepper
sea salt
Preheat oven to 375 degrees.
Cut the squash in half length-wise, and place it cut-side down in a baking dish. Fill the baking dish with about 2 inches of water. Cover with aluminum foil and bake for 45 minutes. Remove from oven, flip over and bake another 25-30 minutes or until the squash can be easily pierced with a knife. 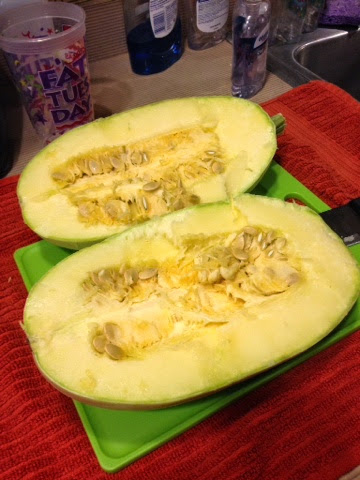 Meanwhile, chop the garlic and peppers, removing the seeds. Slice the cherry tomatoes in half, and set aside. 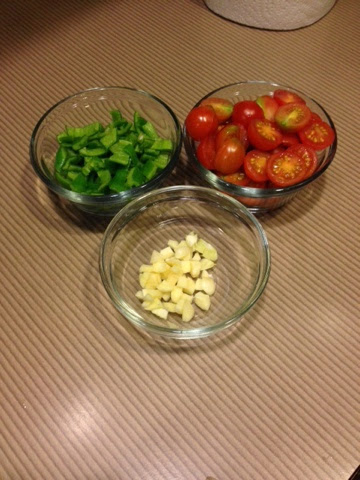 Once the squash is done, let cool enough to touch it and remove the seeds. Using a fork, scrap the flesh to make it like spaghetti. 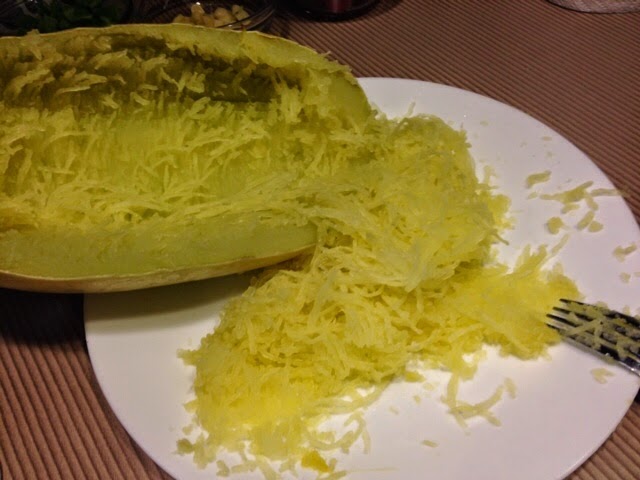 In a pan heat the oil and garlic over medium heat. Add in the crushed red pepper and salt (to your taste). Then, add in the tomatoes and peppers. Once the tomatoes start to get soft, lower heat and mix in the spaghetti squash. Cook until warm. 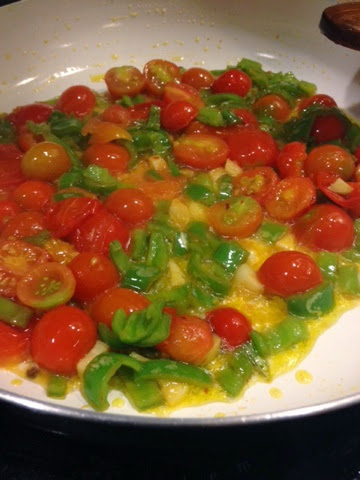 Be careful not to burn the squash, but make sure it is well well mixed.
Enjoy! 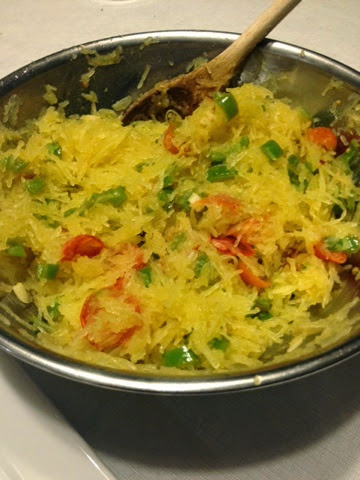