Last week I was invited to celebrate the 6th anniversary of the Adirondack Winery.

I’ve attended their anniversary celebrations in the past, but this one was different. Instead of several nights of small parties and tasting held at their store. It was one big celebration at The Georgian overlooking a fozen, but beautiful Lake George. 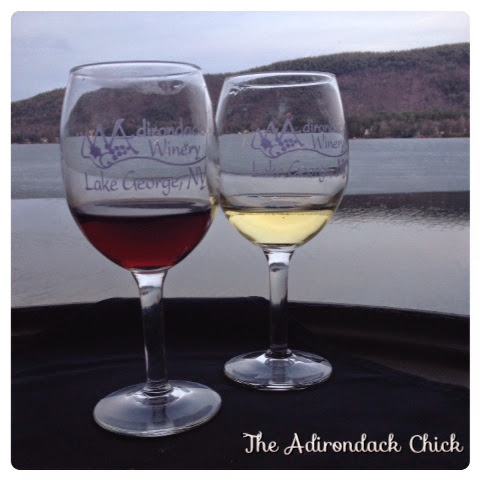 Everything from the decor to the food, boasted a wine theme, and really showed how much the winery has grown and expanded over the last few years. It was nice to be surrounded by hundreds of fellow Adirondack Winery fans, who appreciate supporting local businesses, and enjoy wine.
Many of the people knew owners Sasha and Mike, whether it be from buying wine at the store, through their wine club or like me bringing every friend who comes to visit in for a tasting and getting them hooked on the appreciation of good wine.
There were also prizes, like a subscription to their wine of the month club, as well as gift certificates to local restaurants and hotels.
And, you might think why would someone want a certificate to a local hotel when they live right here. Well, that is because there were a lot of out-of-towners there — a testimate to the Adirondack Winery’s broad reach and appeal.
For example, at my table there was a couple from Long Island, who traveled up for the weekend, just to attend the event. A tasting room right on Canada Street in Lake George Village combined with the ability to order wine and have it shipped ti states across the country, plus the wine club membership, the reach of the Adirondack Winery is outstanding. They are able to not only be a thriving local business, but attract customers from all over the country.
I can’t wait to see what they have in store for next year’ls 7th anniversary celebration, but in the meantime, here are some photos from the event. 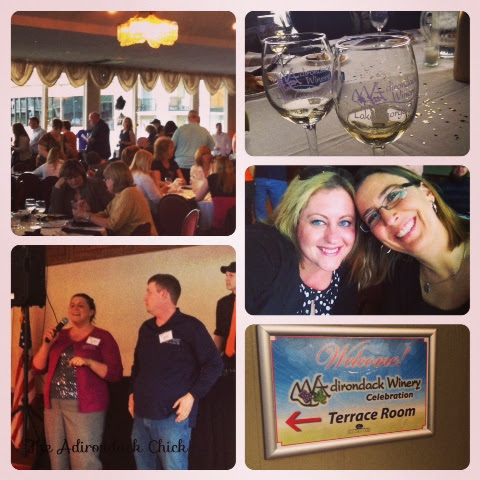 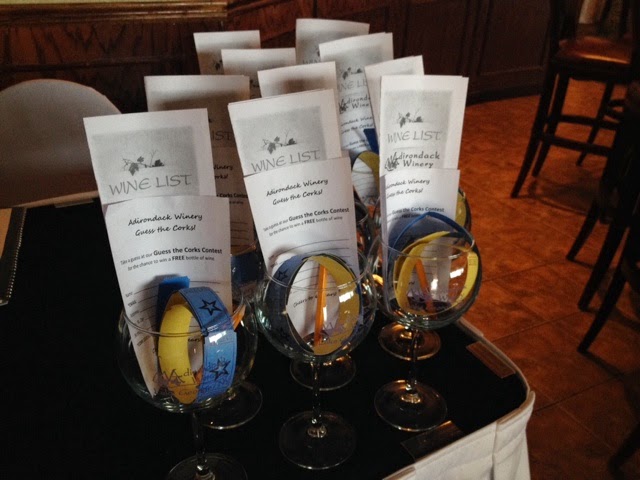 Everyone who attended received tasting tickets, raffle tickets, a wine list and a wine glass. 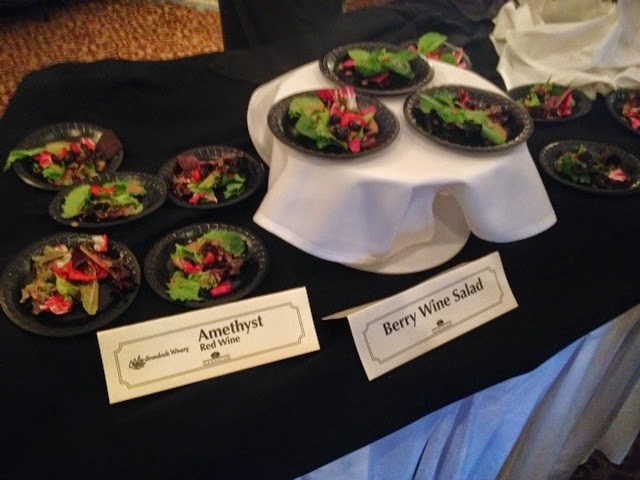 Many of the food items had a wine theme. 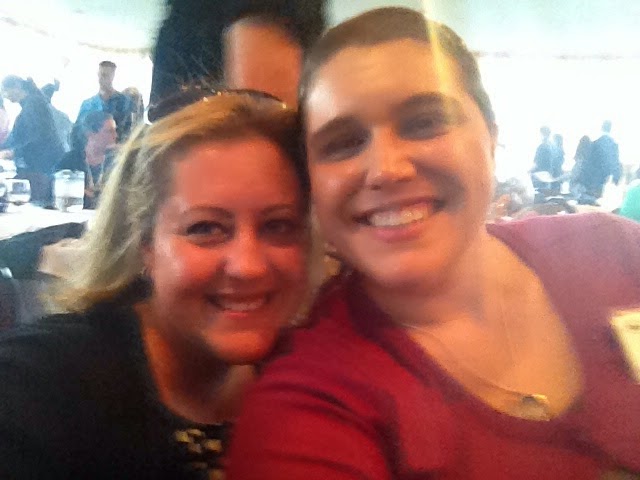 Me and Sasha, the presdent of the the Adirondack Winery.