Set back, and literally up from the road, this Lake George restaurant can be easily missed, as you’re driving along Lake Shore Drive, but it’s absolutely worth a stop. They offer salads, pizzas, full dinners and burgers, which, at least from my experience, are delicious! 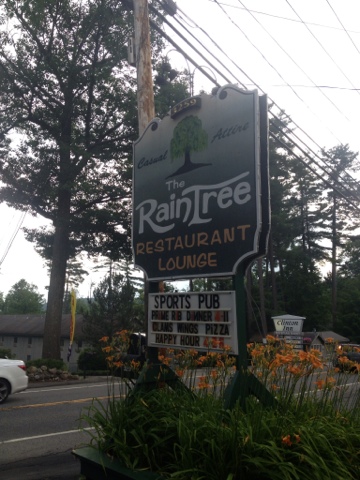 When we got there no one was seated at the outside tables, which was understandable since it was disgustingly hot and humid. But, then, there weren’t many filled tables inside either, which got me a little nervous.
After looking at the menu and seeing several vegetarian options, including eggplant parm — made with or without cheese — and a veggie burger, we decided to stay. So glad we did!
First off, all those empty tables…yeah, they weren’t empty for long. As soon as we ordered people started pouring into the rustic looking restaurant that has beer taps along certain sections of the wall near the ceiling. 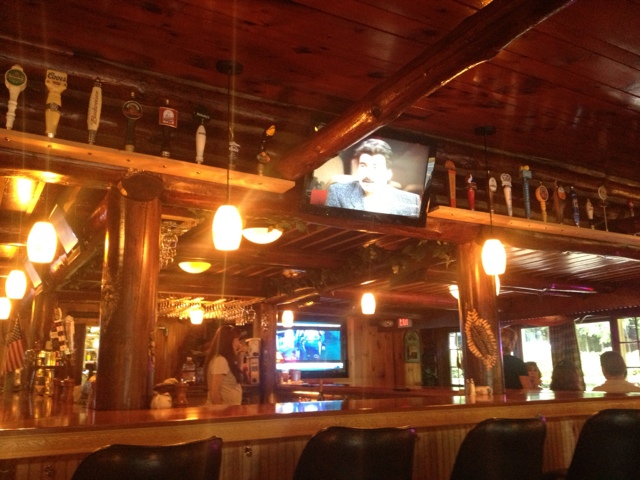 Despite it getting busy quick, we never felt rushed. While I really wanted to try their veggie burger, my friend Jen ordered the eggplant parm, and I’m such a sucker for that dish, and knew if it was good, I would have regretted not ordering it. Plus, eggplant parm is a good dish to try when reviewing a place, especially since I’m super picky about it.
It was fabulous! Crispy, but not hard, or greasy with soft, but not mushy eggplant on the inside. 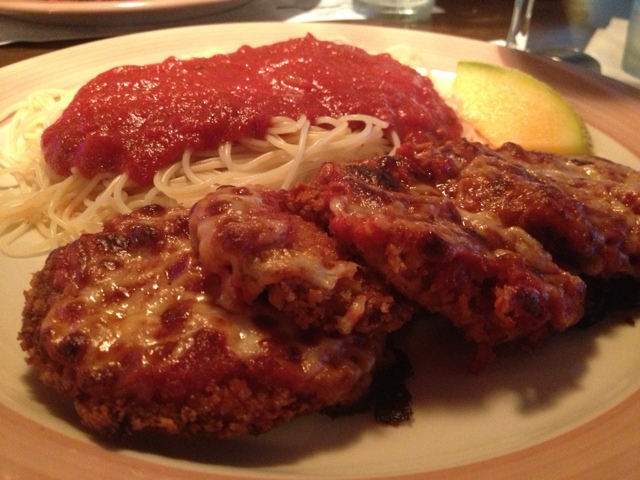 It had the perfect cheese, sauce and breading ratio.
Although I normally don’t eat it anymore, something was telling me to try the spinach and artichoke dip, so we did. And, we both agreed it was awesome. It was hot and creamy, but not overpowering. You could see and taste the spinach and artichokes, instead of the normal dips like this that are usually heavy on cream and light on veggies. 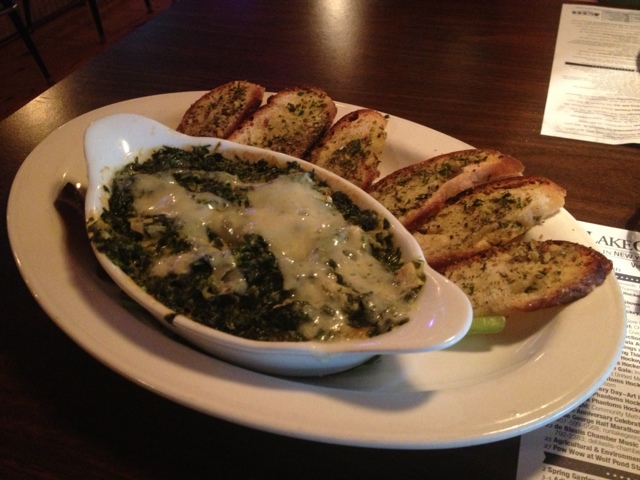 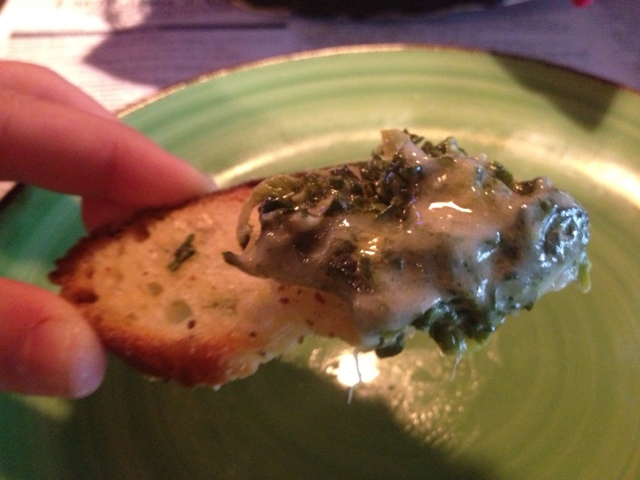 I’m looking forward to my next trip back to try their veggie burger!