On Sunday I checked it the new Spa City Farmers Market. It was fabulous! Filled with everything I expect a farmers market to have … Fresh breads, local wines, beers, tons of fresh vegetables and more.

One of my favorite finds was the Mariaville Mushroom Men, who had locally cultivated shiitake mushrooms. I immediately knew I had to get some, because I had never had mushrooms that fresh. Oh my goodness, were they good!
I wanted to pair them with complementary veggies that wouldn’t overpower. The zucchini came straight from the garden and I made sure not to cook the veggies too much, I wanted to keep them soft, but not crunchy or mushy. I used gluten free pasta, making the dish both gluten free and vegan, but feel free to use regular pasta. 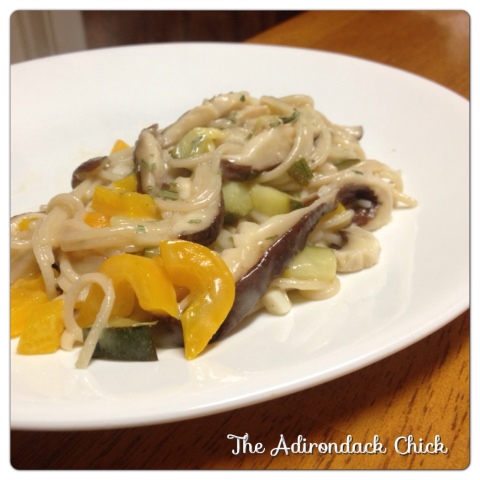 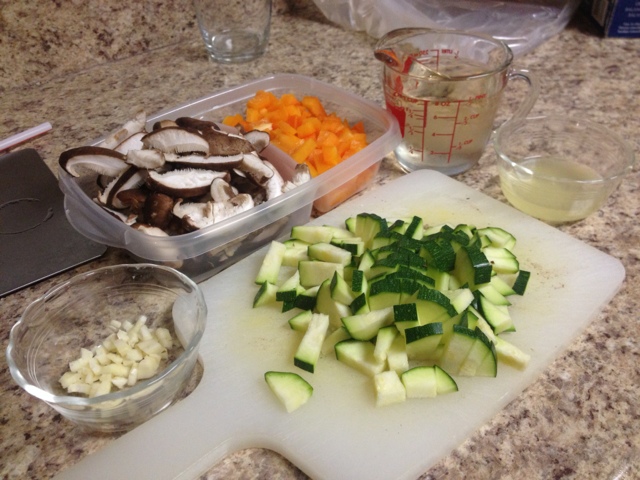 Prepare pasta as directed. In the mean time heat the olive oil and add the garlic, cooking until it becomes fragrant, but doesn’t burn, about 2 minutes.
Add all the vegetables and the 1/4 cup wine. Stir, lower heat, cover and cook for about 5 minutes — just until the mushrooms are tender. 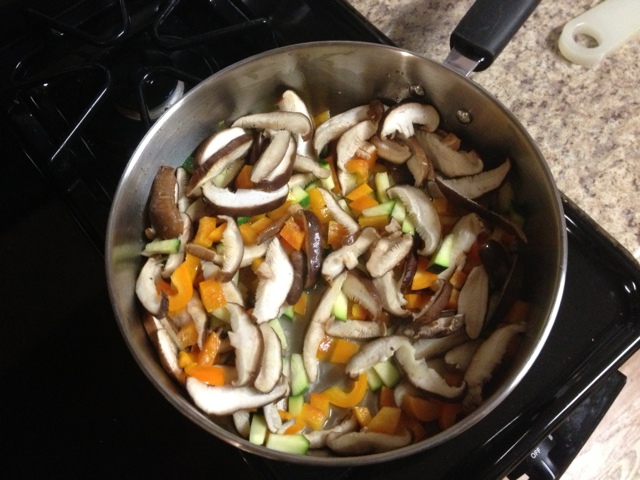 Remove the veggies from the pan. In the same pan, melt the Earth Balance. Add the reminder of the wine, and bring to the start of a boil. Lower heat and add the lemon juice.
Return the vegetables to the pan, and add the drained pasta. Stir well and sprinkle with a few pinches of tarragon and sea salt to taste. (I added a little extra of both to the top of the pasta after it was plated, also) 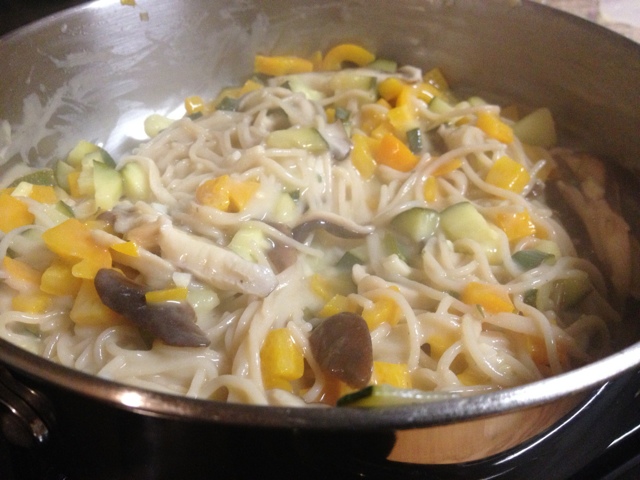